In September of 2008, something happened to an American private banking company that hadn’t happened to any other private company of that size in any other sector in the history of our Nation.

Washington Mutual Bank as of June 30, 2008, had total assets of $307 billion, 2,239 retail branch offices, and 43,198 employees. Their assets were roughly unchanged just three months later at the beginning of September. But on Thursday, September 25, 2008, the United States Office of Thrift Supervision seized Washington Mutual Bank from Washington Mutual, Inc. and placed it into receivership with the FDIC. Source

Washington Mutual Bank died. And it did so over the course of just nine days in September.

How is something like that possible? How could a company so established go under so quickly?

In this article I’ll attempt to answer the question, and shed some light on why this same type of death could happen to many well established banks today.

In 1889 Washington National Building Loan and Investment Association came into being. They changed names in 1908 to Washington Savings and Loan Association, and in 1917 they became Washington Mutual Savings Bank.

As a side note, I would point out that we love working with mutual insurance companies because, among other reasons, mutual companies have a great track record of success.

In 1983, Washington Mutual de-mutualized and converted into a capital stock savings bank, later changing their name to Washington Mutual Bank in 1994, and finally ceasing operation in 2008, just 14 years later.

Washington Mutual Bank was the largest American Savings and Loan association when it collapsed in September of 2008. 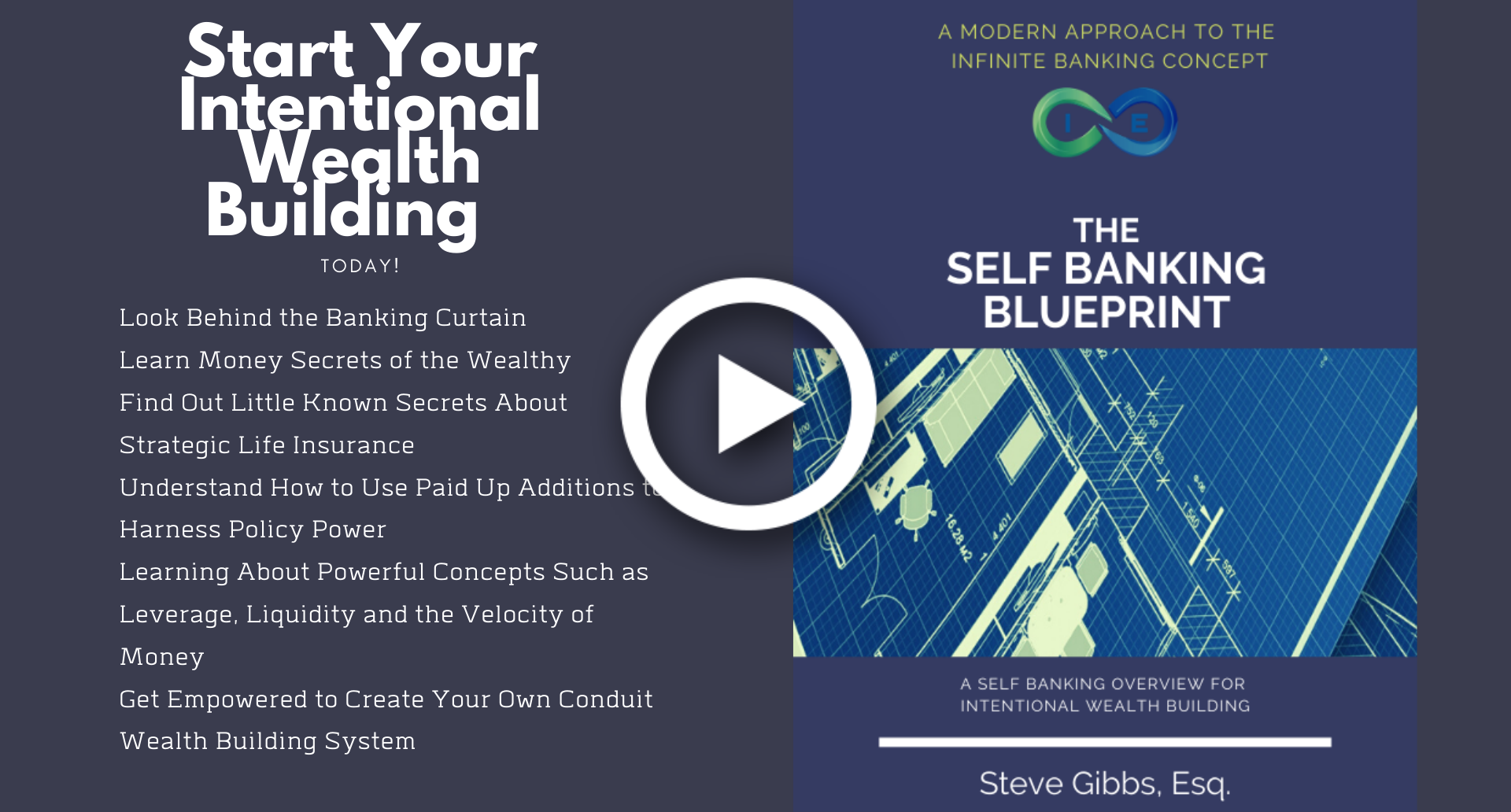 How Did WaMu Die?

As you all know the financial crisis was coming to a head in 2008. Companies were collapsing weekly during the fall of 2008 and Washington Mutual Bank was one of the biggest to fail. During the financial meltdown of 2008 many people were watching the daily headlines with dread and anxiety. As they watched they nervously expected the name of their bank or company to appear. For the Washington Mutual Stockholders that day came on September 15th 2008 when the S&P rating agency lowered their rating for Washington Mutual Bank to Junk status with a negative outlook.

In the following nine days depositors (that means those of us that were banking with Washington Mutual) withdrew $16.7 billion from the bank. That amount was roughly 9% of their total deposits of just 3 months earlier in the year! 9% may not seem like a large percentage, but keep in mind that the fractional reserve requirement is 10%. So they were within 1% of being completely insolvent!

For those unfamiliar with fractional reserve banking it just means that the bank isn’t required to keep 100% of the amount on deposit in the bank at all times. Currently they are only required to keep $1 for every $10 that they have on deposit. What this means is that if they get a deposit of $100,000, they only have to keep $10,000 on hand. What do they do with the other $90,000?  They loan it out and earn interest on it!

Why Did WaMu Die?

The question of why is much harder to answer, and in fact probably warrants some debate on the issue. However, I think most would agree that WaMu died in part because the customers had lost trust in the bank. And I believe the reason people lost trust is because the system of banking used by WaMu, is inherently unstable.

What is it that makes Fractional Reserve Banking unstable?

According to Dr. Joseph T. Salerno a professor at Pace University, an editor of the Quarterly Journal of Austrian Economics, and Academic Vice President of the Mises Institute – fractional reserve banking is unstable because the assets and deposits mature at drastically different rates. Deposits are instantaneous in that they can be called upon at any time, whereas assets (typically loans) have long-term maturities. In the case of a mortgage the maturity is 30 years of payments. So the system is out of balance and therefore a bit precarious.

The unstable nature of the Washington Mutual Bank meant that it’s business was predicated on consumer trust. Once the trust is gone, so is the business.

When bad things happen to companies in America built upon solid fundamentals they tend to weather the storm. They may encounter a period of time in which people decide to do their business elsewhere. But as with most things, time heals all wounds.

An example of this would be the Tylenol tampering murders in Chicago during 1982. Johnson & Johnson, the manufacturers of Tylenol, dropped from 35% market share to 8% when the tampering news was broadcast nationwide. However, due to their exceptional response and work to improve bottle safety, their market share came back within a year. And they quickly became the leading analgesic on the market.

Companies that have a solid business based on sound fundamentals can even bounce back from murder accusations in America. So why did WaMu fail so quickly? And is it possible for my current bank to fail as well?

The fractional reserve system is still alive and kicking. Every major bank in the world is working off a system similar to that which exists here in the states. So if you bank with a typical bank, one that accepts your deposits, and in turn loans out money for a profit, you’re likely not much different than those people that were banking with Washington Mutual in 2008.

Now it’s true that the FDIC (Federal Deposit Insurance Corporation) will insure some of your deposits (up to $250,000). But that doesn’t mean that you won’t have to endure some hassles in the process – including some of your funds being frozen for a period of time.

The failure of Washington Mutual Bank proved that the typical banking business is built on trust more than anything else. If your current bank loses the trust of its customers in the future, it may die just like Washington Mutual.

Is Fractional Reserve Banking the only kind of Banking?

No! And Yes! Oddly enough there are other mainstream ways of banking that have been broadly used over the centuries. In the 1700’s there were Full Reserve banks that held 100% of your deposit in reserve. However these banks no longer exist in western society. Today all major western banks are fractional reserve banks. You really can’t avoid it if you work with modern banks.

For those looking to borrow money, using a traditional bank to acquire your loan is not the only way. You can always choose to utilize a permanent life insurance policy to fund your purchases. The process of doing this sort of thing is commonly called Infinite Banking or Banking on Yourself.

Many companies do offer 0% rates (also known as wash loans). But due to the fact that your cash value growth is tied to the rate at which you pay back the loan, many choose to pay back the loan at a higher interest rate than normal. The speedy payback of the policy loan works as a sort of accelerated savings account.  One that has a rate of return that is potentially 700x greater (current average savings account is .01%) than average.

The life insurance industry is highly regulated and very established. The profits and losses are very consistent and predictable, something which makes for a solid foundation for any business. Ultimately the business of insuring the lives of people is one that is based on solid fundamentals and can withstand the ups and downs of market corrections and economic depressions. So it’s highly unlikely you’ll see a mutually owned insurance company fail as miserably, and as quickly, as that of Washington Mutual Bank.

In addition to infinite banking, you can also choose to use crowd funding sources OR other kinds of private loans to borrow money. But of course these sources of funding take longer, usually require higher interest rates and costs, and are more difficult to get approved.

To be fair, a cash value policy isn’t something you can just create in the next day or two. A permanent life policy for infinite banking takes a decent amount of time to set up properly – at least 2 -5 years. But with a policy in place, you can effectively cut the traditional banks out of most of your financing needs.

If you have any questions about life insurance and how it can help finance your future needs, please contact us.

Next post: Three Men and a Whole Life Insurance Baby