Founded in the early 19th Century, Connecticut-based Aetna is one of the oldest insurance companies in the U.S.

Although Aetna doesn’t directly market most life insurance to consumers anymore, the company is a major provider of employer-based group term life insurance, offering group plans in all fifty states.

Aetna issues its group term plans through its Aetna Life Insurance Company subsidiary.  For eligible individuals, participation in a group term life plan through Aetna can be a good way to obtain relatively inexpensive term coverage.

With over $60 billion in annual revenue, there’s little chance that Aetna will see significant financial difficulties anytime soon, so coverage through Aetna is a safe play.

American Continental offers one of the top final expense insurance policies, which provides life insurance coverage to new applicants between ages 45 and 89 with death benefits ranging from $3,000 to $35,000.

Since the policy offers coverage up to 89, it is a great life insurance for seniors over 80 option.

The available face amount limits are fairly high for final expense insurance, though available coverage is reduced for older applicants.

The policies are also whole life insurance, which means they don’t expire, have fixed premiums, and accrue cash value.

With the level-benefit plan, there’s no waiting period, and full coverage kicks in as soon as the policy is issued.

The graded-benefit and modified-benefit plans both have reduced death benefits for the first two years after a policy is issued, though, in either case, full benefits are available if death results from an accident.

If triggered during the two-year window, modified-benefit policies pay out the total premium thus far paid into the policy, plus ten percent.

Graded-benefit pays out 40% of coverage during the first year and 75% during the second.

The reduced paid-up option reduces the death benefit and treats the policy as having already been paid in full.

Or, a policyholder can trade cash value for an extended term policy or make an election for “automatic premium loans.”

In the latter case, missed premium payments will automatically be paid using policy loans if sufficient cash value is available to support the loan.

Aetna’s life insurance offerings are limited.  For the most part, the only life insurance coverage Aetna provides itself is group term life.  The group plans are provided through an employer plan, so, for an individual to be covered, he or she must be either an employee of the plan sponsor or the spouse or dependent child of the employee.

For eligible employees, Aetna term life insurance can be an excellent deal.  The plans are subject to group underwriting, which usually results in lower overall premiums, sometimes subsidized by employers.  And, if you qualify for the plan, you can’t be turned down for coverage and won’t have to undergo a medical exam.

One of the downsides of group plans is that, when you’re no longer in the “group,” you’re usually no longer eligible for the coverage.  However, Aetna offers optional “portability” with its group term life insurance policies.  In practice, that means that, if your employment relationship with your employer comes to an end, you have the option of retaining your life insurance coverage.  Generally, insureds who exercise a portability option can keep 100% of the coverage limits.  Unfortunately, though, the premiums will likely increase significantly, and portability is only available if the feature is included within the relevant employer’s group plan.

Aetna offers several supplemental coverages, though a supplement usually needs to be included within an employer plan for a policyholder to take advantage of it.  When available, Aetna’s term life supplements will increase premium cost but also increase the potential value provided by a policy.

Accelerated Death Benefit (ADB):  If an individual insured under an Aetna group life insurance policy is diagnosed with a terminal illness, the policyholder has the option of accepting an early payment of some the policy’s proceeds.  Early payouts vary between plans and can be up to 75% of the policy’s death benefit.

Premium Waiver:  If included within an employer’s plan, the premium waiver option allows permanently and totally disabled employees to retain their life insurance coverage, with premiums waived as long as the insured remains qualified for the waiver.

Accidental Death and Dismemberment (AD&D):  The AD&D supplement offered by Aetna pays out partial policy benefits if the insured sustains a serious, accidental injury, such as the loss of a limb or eye.  Or, if the insured dies as a result of a qualifying accident, the policy pays out supplemental proceeds to the beneficiary.  Aetna’s Accidental Death and Personal Loss (AD&PL) is an upgraded version of the AD&D supplement that adds additional events to the coverage, including loss of sight, hearing, or speech resulting from an accident.

Dependent Benefits:  If included within a group plan, participating employees can elect to include coverage for dependent minor children and students within their life insurance coverage.  Coverage amounts for dependents is usually lower than for the employee and covered spouses.

Conversion Option:  Aetna group life conversion option allows policyholders whose employment is discontinued the right to retain life insurance coverage in the form of a new whole life policy.   The option must be exercised within 31 days of the end of employment, and the new policy’s premiums will substantially increase over the prior cost of the group term coverage. 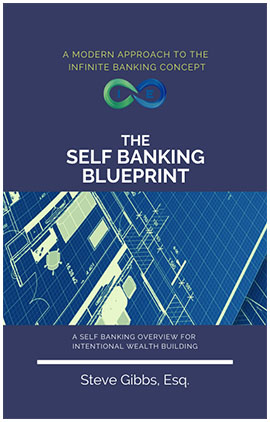